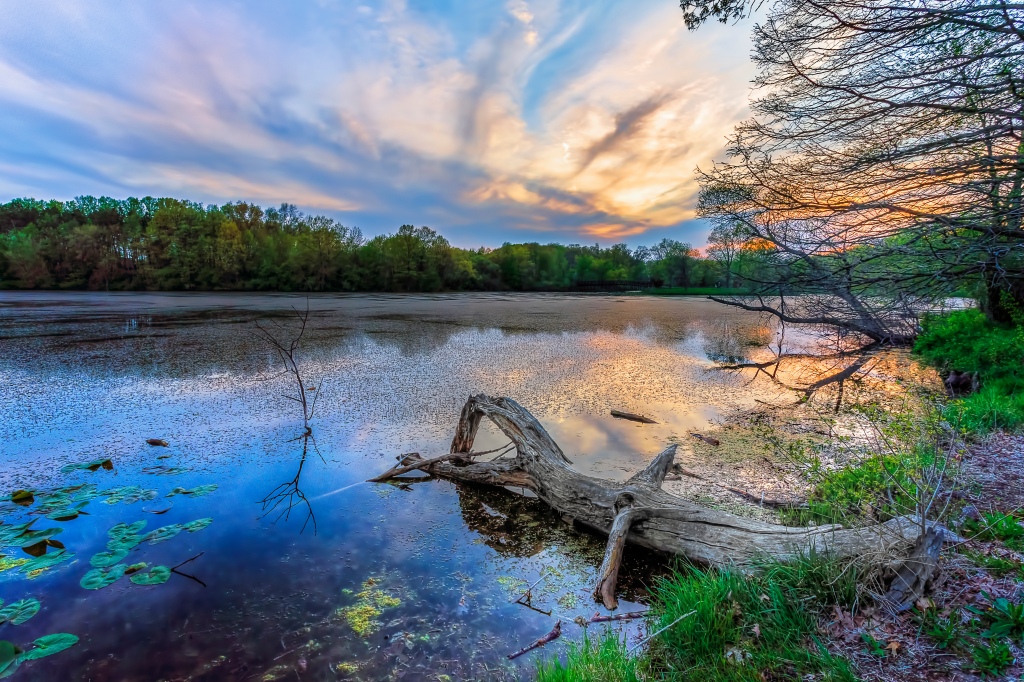 Anyone who has read my posts during wintry months and examined the accompanying photographs would recognize my appreciation for landscapes displaying stark trees, especially when seen in a snow-covered setting or against a backdrop of clear blue sky. In addition, I often write of my high regard for those winter trees, which I usually consider as objects resembling carved artworks.

However, during spring and summer when I view empty branches or fallen logs amid the seasons’ growth and greenery, I find myself interested as well; but the mood of the scene seems somewhat different and unsettling. In such situations these elements appear to be suddenly out of place, existing as disquieting reminders of loss.

Consequently, as evidenced by the deadwood dipping into the water and the bare limbs of a tree overhanging a bank in the picture above, these features frequently contribute to the general tone captured within the shot, though maybe merely on occasion as contrasting details. However, sometimes they even become focal points in the forefront of my photos, perhaps with the hope of serving to influence observers’ overall perceptions of the surrounding imagery as a result.